On Respect for Parents Day, you can forget the brekky in bed or the flowers. Here’s how to really show respect to those who gave you life.

Just when you thought parents had it made with Mother’s Day and Father’s Day—and every single year at that—they also get Respect for Parents Day (the 1st August). Lucky them!

However, unlike the long-established Mother’s and Father’s Days, Respect for Parents Day is entirely about (sock it to me) R-E-S-P-E-C-T. For this is what parents truly want and most definitely deserve—more so than tacky macaroni cards your teacher forced you to make in class, day-of-the-week undies, or gluggy homemade pancakes that taste like hand. Save those for Mother’s and Father’s Day.

In order to assist all you loving-but-occasionally-thoughtless children out there in knowing how to treat your parents properly on Respect for Parents Day (and beyond), we have compiled the following DOs and DON’Ts:

IF YOU ARE A BABY…

DO try to sleep for more than two hours at a time.

DON’T bite the boob that feeds you.

DO stop this ugly habit of crying as soon as we fall out of your sight. While the first few times are kind of an ego boost, anything beyond that is annoying. Chill out and work on your object permanence.

DON’T spray us with bodily fluids as soon as we open your nappy. We get that the sight of us jumping back in disgusted shock and a flurry of swear words is amusing. But for us, it’s getting old fast. And while we’re on the topic of bodily fluids…

For shirt’s sake (literally), please DO perfect the ‘dry’ burp as soon as you possibly can. That will really make our Respect for Parents Day particularly special. 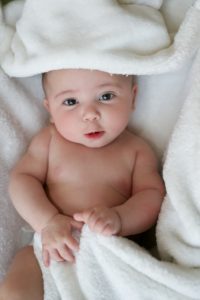 IF YOU ARE A TODDLER…

DO be consistent. For example, if you ask for sandwiches cut into triangles and we kindly oblige, don’t suddenly decide that you wanted it cut in squares all along and then proceed to have a huge tantrum or go on a hunger strike.

DO try your best to look nice in photos. We want to brag about you to our work colleagues.

DO consider our feelings when you choose your own outfit. The general public might think you’re cute, but they’ll also judge us just a little bit if you’re dressed like an escaped circus performer.

If you’re going to insist that we read to you every night, DO mix it up a little. Throw in another book occasionally, and be receptive to a wide variety of content, e.g. Mummy’s work presentation or the latest issue of Woman’s Day. These will build your literacy skills much more effectively than being read Goodnight Moon over and over (and over and over) again.

IF YOU ARE IN PRIMARY SCHOOL…

DO recognise that when we ask you to get off your electronic device, we’re doing it purely for your own good, Because, believe me, if we wanted to take the easy (and quiet) road, we’d glue you to your screens until you were old enough to move out of home.

DO take proper care of the pet/s you begged us to get you. Yes, this also includes boring or gross stuff like cleaning the litter or taking them for walks when you’re not in the mood.

DON’T wait ’til the last moment to tell us of an upcoming costume day at school. We have better things to do at 8:30 on a weeknight (including maybe, possibly, probably, being too over the limit to drive anywhere).

Of course, we love those yummy, slightly crunchy scrambled eggs you made us this morning. But we’d love it even more if the kitchen didn’t resemble a crime scene. All that mess from two ingredients—really??

DO stop squabbling so much with your siblings. When we’re old, you’ll want us to move in with one of them.

IF YOU ARE IN HIGH SCHOOL…

DO occasionally say five consecutive words to us that aren’t related to a request for money or to borrow the car. Better yet, how about a hug? Even if it has to be in secret.

Answer your damn phone. Ignoring us may have spared you thirty seconds of your life, but we will lose ten years of our life worrying that you are dead in a ditch.

DON’T scoff at our musical tastes. One night in the not-so-distant future, you’ll be drunk in a nightclub and singing along to these songs with gusto. And thanks to us, you’ll also know all the words.

DO stop trying so hard to grow up. You’re only young once. Which brings us to…

IF YOU ARE A YOUNG ADULT…

Yes, we have a garage. No, it doesn’t exist purely to house all the crap you want to keep but can’t be bothered carting around with you when you move out.

Also … cough … when are you going to move out?

If you see a phone call coming from us, DO try to refrain from any of the following:

DON’T be patronising about our abilities to understand modern technology. I’d like to see YOU operate a 1970s washing machine, missy (and also, can you come over tonight and set up my email?)

IF YOU ARE AN OLD(ER) ADULT…

DO appreciate that we are still alive and cherish us with all you have. Not everyone’s parents have made it this far.

If you’re going to use us as babysitters for your own children, DO try to treat us as you would a ‘real’ babysitter. Maybe don’t worry about the $20 an hour thing, but try to leave the kids and house in decent condition before we arrive. Don’t expect us to do any housework and don’t assume that you can return home late without good reason. In a nutshell, don’t take us for granted. Otherwise, we’ll secretly load the kids up with sugar before we leave.

The next time we drone on about Aunty Morag’s recent bowel operation or the terrible table service we received at that restaurant last Wednesday night, DO listen patiently and—for bonus points—ask interesting and thoughtful questions.

Consider this penance for when you were three-years-old and forced us to participate in a two-hour tea party with your teddy bears, or when you were in school and we had to hear about that time you were playing hopscotch in the playground and it was your turn but then yucky Mikey who eats his boogers pulled Sally F’s pigtails and she got really really mad and chased him around the playground…

…then Mr T got everyone in trouble and that made Milly cry and she wouldn’t eat her lunch and threw it in the bin and then asked you for your food and you didn’t want to share because it was her stupid idea not to eat her own food and then she pinched your food anyway and she’s a dumb poo poo head, you HATE her and now you’re hungry because that poo poo head ate all your lunch so what’s for dinner?*

*This is the heavily abridged version we wish you’d told us. The original version was twice as long as the movie Waterworld, and half as interesting.

Lastly, when you’re changing our nappies and we spray you with bodily fluids, by all means, jump back and curse in disgust if you must. But—as we did with you many years before—DO continue to love us anyway.

And if you need some more advice on Respect for Parents Day, then have a read of our article about what Mums say versus what they really mean.