National Science Week is on right now in Australia! Here are five easy science experiments for kids using stuff you already have at home.

It’s National Science Week, and if the words “science experiments for kids” strike fear in your heart and a desire to curl up into a ball, then you’re not alone. We personally blame Hollywood for the automatic association of childhood science exploration with exploding papier-mache volcanoes. Oh, the mess! The fuss! The extra shopping for random weird stuff!

But what if we were to present you with some easy, mess-free(ish) science experiments that only require items you probably already have at home? Here are five simple experiments you can try for National Science Week that will teach your child scientific principles just as effectively as a vomitous volcano.

Sprinkle a bit of baking/bi-carb soda onto the orange slices. As you start to bite into a slice, it will bubble up in your mouth.

When you mix the citric acid from the orange with the baking soda (which is an alkaline substance), this creates carbon dioxide—which is also responsible for the ‘fizzy’ in fizzy drinks.

This could be a fun prank for when you’re next on orange slice duty at soccer. Just make sure first that no one has a baking soda allergy or severe bubble phobia or anything like that. 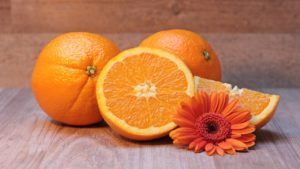 Fill a drinking glass with the soda and drop the raisins into the glass. Within a few minutes, the raisins will start bobbing up and down.

When a raisin initially sinks to the bottom of the glass, it’s because its density at this stage is greater than the density of the liquid. However, the raisin’s dented surface is filled with air pockets, which attract the carbon dioxide gas in the soda.

The little carbon dioxide bubbles that form on the raisin have the effect of increasing its volume without increasing its mass. When this happens, the density of the raisin decreases relative to the fluid, causing it to rise to the surface.

However, when the raisin reaches the surface the carbon dioxide bubbles pop, raising its density again relative to the liquid, which then makes it sink again. This process repeats to cause the raisin’s up and down dancing motion.

Plonk the baby in a highchair and present each of the above objects one at a time. Then, using a timer, determine how long it takes for the baby to touch each object.

In most cases, you will notice that the baby will take longer to touch the plant than any other object.

The theory is that babies are born with in-built mechanisms that help ensure their survival while their cognitive skills are still in development. From an evolutionary perspective, being cautious around plants is beneficial to young humans as plants can potentially injure their skin or poison them once ingested.

In a large mixing bowl, combine the water and corn starch—the ideal ratio is 1 part water to 1.5–2 parts corn starch. Do this by adding the corn starch slowly until you reach a gooey consistency. Now stick your hand into the mixture and move it around.

You’ll notice that when you move your hand slowly, it feels as you would expect it to for a liquid of this consistency. However, when you start to move your hand around more vigorously, the mixture will act like a solid which causes greater resistance.

This corn starch/water mixture (also known as oobleck) mimics quicksand, of which both are non-Newtonian fluids. This means that their behaviour is based on how much pressure is applied to them. What is actually happening is that the corn starch particles do not dissolve in the water; they remain suspended.

When pressure is suddenly applied to the mixture (through rapid movement or ‘punching’ through the surface), the water is rapidly pushed out of the way, leaving the corn starch tightly packed like a solid. However, when the pressure is eased or removed, the corn starch particles have time to move out of the way, therefore enabling the object (in this case, your hand) to move across it more easily.

You can also try the following to see what happens:

Mix together a spoon of salt and a spoon of ground pepper on a plate. Blow up a balloon and rub it against your hair. You will notice that when you bring the balloon towards the plate, the pepper sticks to the balloon.

When you rub the balloon against your hair, it creates static electricity. The pepper moves towards the balloon more readily than the salt because it is lighter and therefore better able to defy gravity. 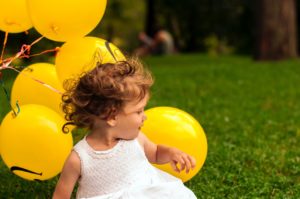 And that’s it! See? National Science Week doesn’t have to be a calamity of mess, mess and more mess.

Let us know in the comment section below how these experiments worked for you! We’d also love to hear about any other ideas you have for National Science Week.

And if you think you’re revealing a budding young scientist, then check out our blog about the recent National Tree Day for some more fun facts!