Book Lovers Day 2019 is this Friday, August 9th. We’ve compiled our list of the top reads for kids of all ages.

Book Lovers Day may seem like a bit of an anachronism in modern society. In a world run by the Internet, social media and anything on a screen, the notion of sitting down and reading something on paper may seem like a rather foreign concept for the kids of today.

But it’s actually not the case at all. According to a study by Australian and New Zealand book publisher Scholastic, 60% of kids say they love reading. They’re still excited about books, and the popularity of phenomena like J.K. Rowling’s Harry Potter or Andy Griffiths’ Treehouse series is living proof of this.

Even the predicted death of the physical book never really eventuated. Kindles and other similar ebook technologies found a place to coexist alongside the traditional formats. There’s still a certain romance about touching a physical book that can’t be replaced; especially true for younger kids developing an appreciation for tactility.

There’s plenty parents can do to encourage their children to maintain and develop this love of books. Reading to them regularly at a young age, reading aloud with them when they’re a bit older, and allowing them a major role in choosing what they read when they’re older still are all great ideas.

So, in honour of Book Lovers Day—the official day celebrating the magic of the written word on the printed page—we have compiled our 2019 list of the best books for children of all ages.

Not being able to read just yet doesn’t mean one can’t enjoy a book. The Touchy-Feely series from Usborne is fantastic for getting your little ones comfortable with the concept of a book.

Every title is focused on a different animal or character, and they help to familiarise children with differences through the magic of touch. Every page incorporates a different material into the story that readers can actually discern with their fingers.

Originally published in the 1970s, The Lighthouse Keeper’s Lunch by Ronda and David Armitage is a classic that should be in every child’s library.

Mr and Mrs Grinling live in a clifftop cottage next to the ocean. Mr Grinling cleans the light of the neighbouring lighthouse, and every day Mrs Grinling sends him a fresh picnic lunch from across the expanse on a pulley.

But when seagulls start stealing his lunch, Mr and Mrs Grinling must put their thinking caps on. They devise a plan to place their cat Hamish in the basket to be the official protector of the lunch. A book about teamwork that is both hilarious and sweet, it’s also a great one to read together.

The Sneetches—or anything by Dr Seuss (4 years+)

If you ever need to teach your little ones about inclusion and not judging someone on looks, then go no further than The Sneetches by the smartest doctor going around.

When an inventor visits the Sneetches, an adorable race of giant bird-like creatures, he convinces them that they should value looks above everything else. Hilarity ensues as some race to have him put stars on their bellies—before it’s deemed uncool and they all want them removed.

By the end of the story, no one can remember who is who and, instead, they simply learn to just accept each other as they are.

Another perfect story for your child’s moral development, Amos & Boris by William Steig is all about friendship and not letting differences stand in the way of anything.

Amos, a tiny mouse, and Boris, a giant whale, have no similarities on the surface—but they have plenty in common in their devotion to each other.

Boris rescues Amos when one of his sailing adventures goes awry, and then Amos must return the favour. The way he does this will delight readers both young and old. It’s a simple but beautiful tale of what friends will do for each other.

For children with a wicked sense of humour (which is basically all of them), Roald Dahl’s books are pure joy.

A title like George’s Marvellous Medicine—a story seeing the titular character inventing a concoction that makes his Grandmother grow to the size of a house—is essentially absurdist comedy for kids. It’s only enhanced and made all the more fun by Quentin Blake’s hilarious illustrations.

But there are so many Roald Dahl titles to choose from—and for a variety of reading levels: The Witches, Esio Trot, Matilda, Charlie and the Chocolate Factory. The list goes on and on.

We could have gone for the obvious choice for young adult readers: Harry Potter and the Plethora of Sequels. But we wanted to give the older age group’s selection an Australian flavour.

John Marsden’s Tomorrow, When the War Began is now over twenty-five years old. Because of its age, it can get lost in the crowd—especially with how much teenage fiction is published these days. However, it remains riveting, touching, funny, profound and highly relevant.

After a group of friends goes camping in the middle of nowhere, they return to discover that Australia has been taken over by foreign invaders. They are suddenly thrust into a game of survival where the only ones they can rely on are each other.

The book and its subsequent titles form one of the quintessential series for young people that focuses on life, friendship and family. It’s a must-read series for all teenagers.

Reading between the lines

Frankly, there isn’t enough blog space to list all our book recommendations for kids. But we hope you’ll discover something from our selection for this year’s Book Lovers Day.

Most importantly, see if you can’t find that five minutes of spare time to grab a cuppa, find a cosy chair, and enjoy a new (or old) paper friend with your little one. You may both end up with a companion to cherish for the rest of your lives! 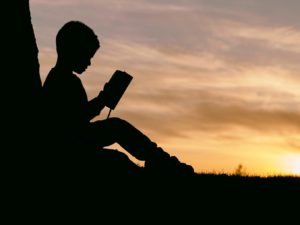 What are the must-read books you’ve got for this year’s Book Lovers Day? Like this article and let us know in the comment section below.

Need another reading option for Book Lovers Day? Then check out our article about the benefits of comic books.